Last month I learned a lot from my pals!

I’m so glad many of them spent their time writing for Aquarius vs Cancer.  Again, thank you friends for participating!  Based on the feedback I received, readers found it as useful as I did.  I admit I had some “so that’s why you did that?” and “wow, you really think I’m that neat-o?” moments.  Oodles of tears were generated while posting and reading them. 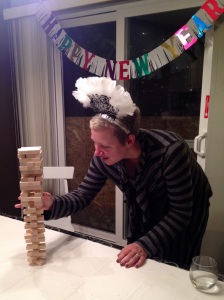 Two big take-aways for me…

1. An explanation of why some individuals get scarce after the cancer diagnosis.  Often times I hear patients and caretakers say, “Some people stop coming around/calling/writing because they don’t handle the situation very well.”  Sure, that could be true for some but it could also be incorrect.  I learned that some people simply did not want to be in the way.  I guess that makes sense!

2. People don’t try to avoid talking about cancer to me.  Many people figure if I want to talk about it I will bring it up.  They are not unwilling to talk about it, they just don’t want to bring up a sore subject.  It’s similar to knowing someone hates their job or is going through a break-up…you don’t constantly ask about it, right?

These may be no-brainers for a clear mind, but for me, they were ah-ha moments.  I’m excited to have more of them in 2014!

I'm Kim. I've got advanced lung cancer. It sucks.
View all posts by kimmywink →
This entry was posted in Uncategorized and tagged Friends, Living, What to say. Bookmark the permalink.